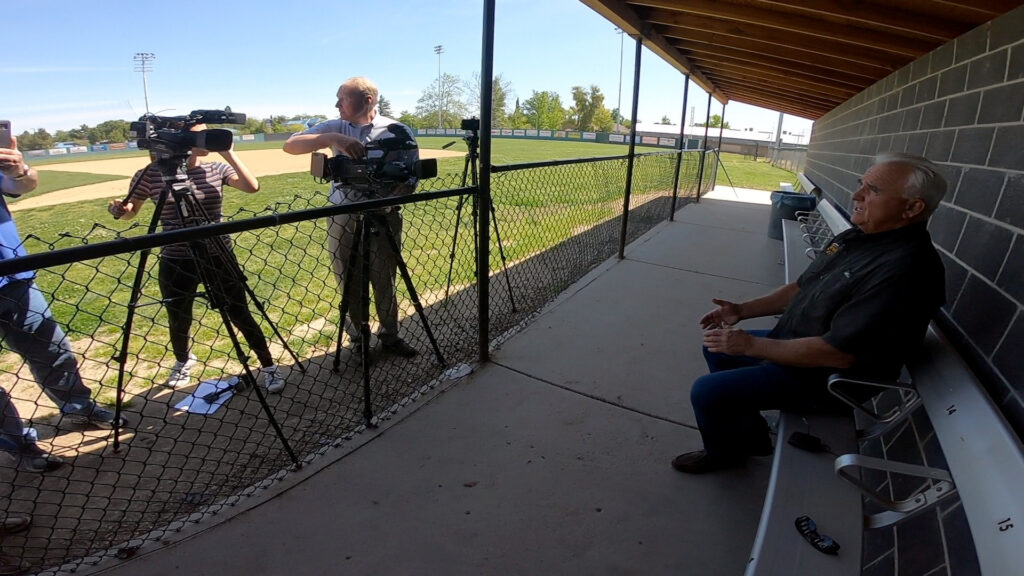 Due to national, state and local safety guidelines during the Covid-19 pandemic, the Redding Colt 45s 2020 summer collegiate baseball season has been cancelled. Rick Bosetti’s message to fans can be heard above and on the club’s YouTube site here.

“After much consideration and exploration of options, the Redding Colt 45s will be suspending the year’s summer collegiate season,” General Manager Rick Bosetti said at a press conference, Friday April 24, 2020. “It was a difficult decision, but due to public health concerns and guidelines, as well as the other mitigating factors associated with bringing 25 players from across the United States to play, it became clear this summer’s season could not go on as planned.”

However, Bosetti is excited to say plans for the team’s first Colt 45s Baseball Academy, a three to six-week day camp for youngsters ages 9-14, remain in place.

The academy will be coordinated by Colt 45s manager Berek Fasking, along with his coaching staff, and will include instruction on all phases of the game for boys and girls ages 9-14.

Details including early registration, official dates, and more, will be released in the near future.

“The net on the backstop will be lowered and the stage for the bands will be set up at home plate facing the stadium seating,” Bosetti said. “We’ll have concessions and more, all helping to maintain the Colt 45s’ positive culture of providing entertainment for our fans in the summer.”

The Colt 45s, operated by local non-profit Redding Summer Collegiate Baseball, Inc., have been providing one of the top summer collegiate baseball experiences for players and fans for a decade and a half. This is the first time the team, which draws talent and competition from across California and the U.S., has been forced to suspend an entire season. Season ticket purchases will be honored for the 2021 campaign.