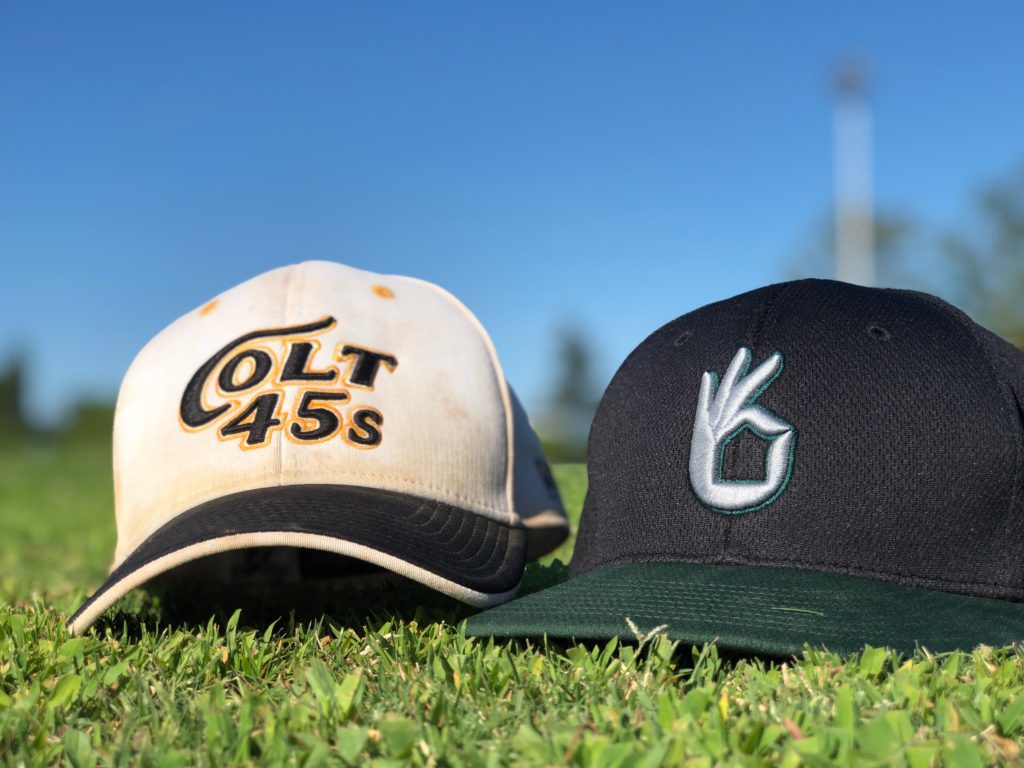 A strong starting pitching effort and late game rally weren’t enough for the Colt 45s in a 9-7 loss Saturday night to the Pacific Union Financial Capitalists.

The Colt 45s had the bases loaded in the ninth but reliever Jake Harrell induced a ground out to secure the save.

Colt 45s right-hander Eamon Velarde left with a 4-2 lead after six innings due to pitch count, and the PUF Caps responded with a four-run seventh and three-run ninth to take the win. The two summer collegiate programs will meet for the third and final time this season Sunday night at Tiger Field in Redding. First pitch is at 6:15 p.m. and gates open at 5:30 p.m.

Velarde went 6 innings, scattering six hits and two runs, striking out eight. He didn’t walk a batter. The Colt 45s also played with a rarity in the lineup – three brothers starting in the same outfield. Tanner Tweedt’s younger twin brothers, Blake and Bryce, top prospects entering their senior seasons at Red Bluff High School, joined their brother in the outfield – the first time the three have suited up in the same lineup since claiming a section championship for Red Bluff High School together. The twin Tweedts actually accounted for the game’s first run in the second. After Bryce walked, Blake ripped a double into the right field corner driving him home. Bryce was actually thrown out trying to stretch the hit into a triple. The Colt 45s also got their first home run of the summer from returnee Daniel Duarte. The catcher hit a two-run homer in the third.

Mac Bingham and Aaron Browning, two of several PUF Caps drafted by Major League clubs this summer, hit back-to-back home runs in the ninth to provide what turned out to be the winning margin.