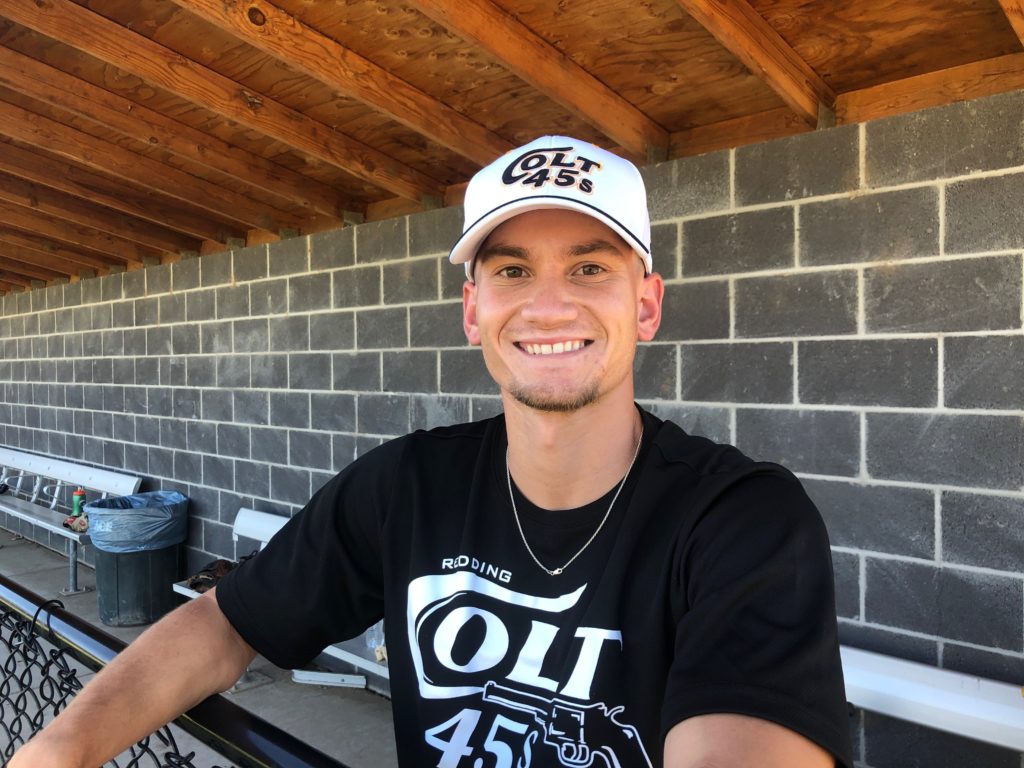 Jacob Marquez hurled 7 and 1/3 no-hit innings and Julian Kodama extended his season-long hitting streak to 17 games as the Colt 45s topped the Portland Stars 4-1 Thursday night in the first of a four-game series at Tiger Field.

Marquez (4-4) matched goose eggs with young Portland Starter Boone Rush, who didn’t allow a hit himself until two were out in the sixth. The Colt 45s scratched out an unearned run with aggressive base running to get on the board first. After Jakob Machuca walked and was sacrificed to second by Ty Brogden, Andy Beyene fouled out to first baseman Kase Ogata, who wasn’t aware Machuca was tagging from second. Ogata’s rushed throw went errant, allowing Machuca to score the first run. Later that inning Kodama got the game’s first hit, reaching on an infield bouncer and chasing Rush, whose pitch total topped 100 at the time.

The Colt 45s Added three runs in the sixth off reliever Dylan Leary. Tanner Tweed led off the inning with an opposite field double, and Chris Brue brought him home with a ground rule double to left. Eamon Velarde’s sharp single made it 3-0. With two outs, Andy Beyene delivered a run-scoring double to make it 4-0.

After hitting the first batter of the game, Marquez had command of all his pitches, retiring the next seventeen hitters until walking the same batter, Brooks Dyer. With one out in the seventh Cole Posey crushed a long home run to left, clearing the netting along Cypress Avenue to spoil the no-hitter and shutout with one swing. Marquez settled down and gave up one more hit before giving way to Jeff Kross, who pitched two scoreless innings of relief.

The same two teams meet Friday night at Tiger Field in Redding, with the first pitch scheduled for 7:15 p.m. Gates open 45 minutes before game time. You can listen to all Colt 45s home games on KCNR 1460 AM/96.5 FM with Brent Weber handling the play-by-play. A link to the broadcasts can be found on the home page of reddingcolt45s.com.

The box score for the game can be found here.