Fireworks during and after Colt 45s Fourth of July win 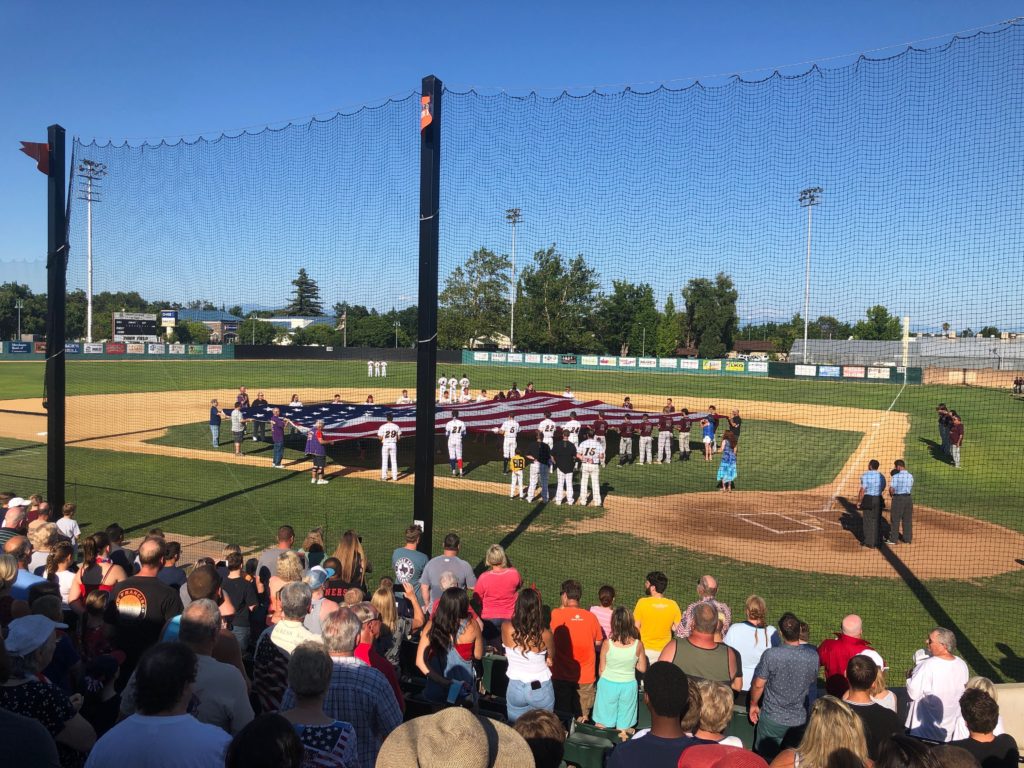 Tyler Thompson homered and drove in seven runs as the Colt 45s outlasted the Redding Ringtails 16-14 on a boisterous Independence Day evening at Tiger Field in Redding.

Thompson and Jacob Machuca each homered in a five-run second inning, as the two cross-town foes met for the fourth time this season. The Colt 45s have claimed three of those four meetings so far. Julian Kodama had three hits as every batter in the Colt 45s lineup rapped out at least one hit.

The Colt 45s win was followed by Redding’s downtown fireworks, as fans were allowed to sit on the field for a view of those festivities after the game. The win snapped a four game slide, longest of the season, for the Colt 45s.

The Colt 45s host the Santa Rosa A’s Friday, Saturday and Sunday at Tiger Field. Games Friday and Saturday (Juoy 5-6) begin at 7:15 p.m. Sunday’s game begins at 6:15 p.m. Home games can be hear live on KCNR radio, with a link available on the home page of ReddingColt45s.com.