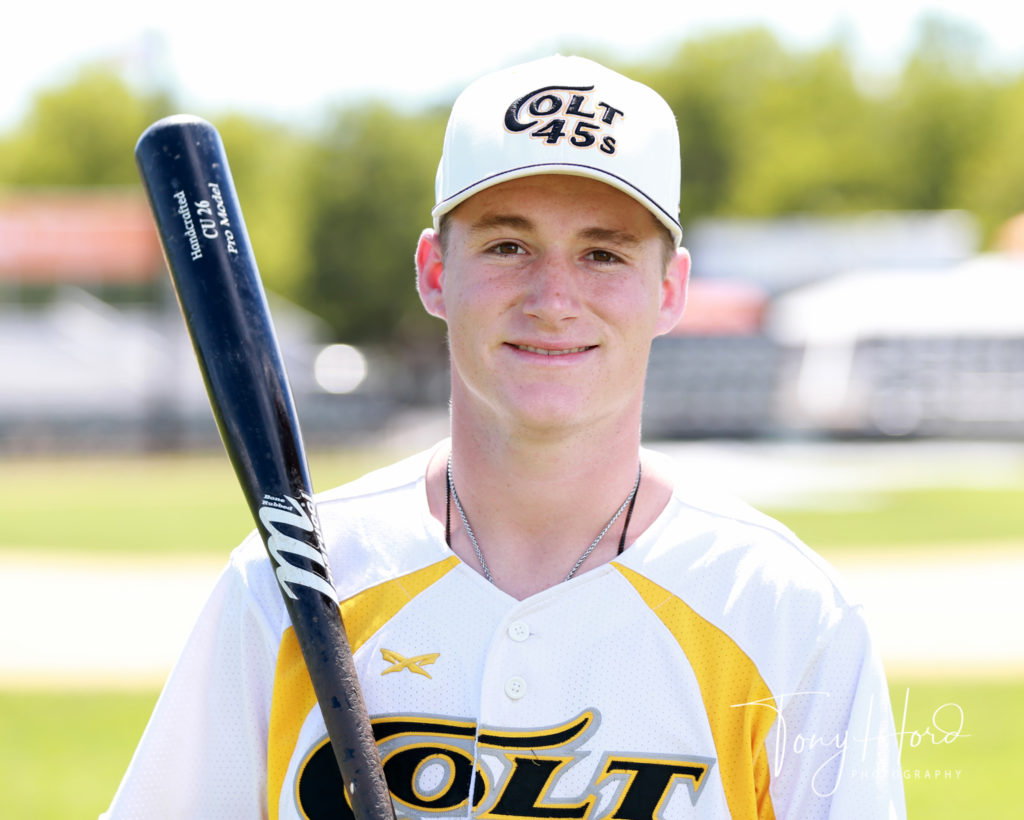 Second baseman Payton Edwards drove in five runs with a triple and a grand slam, as the Colt 45s won their second straight over the visiting Fresno A’s, 9-3 in Redding. The Colt 45s took the rubber game of the three game series, and play next on Thursday, June 20 against the Humboldt B52s at Tiger Field.

Redding (9-7) was staked to a two run lead in the first after a bizarre total of five hit batters brought in two runs. Starter Sal Flores struck out the leadoff hitter, but then hit the next three batters before leaving with an arm injury. His replacement hit two more batters with two outs, giving the Colt 45s the early lead without benefit of a hit.

Center fielder Tyler Thompson, who successfully stole home on the front end of a double steal, extended his hitting streak to 10 games with a single in three at bats. Edwards has hit in four straight, going 6-16 with 11 RBI in the stretch.

The final box score and statistics from the game are available here.