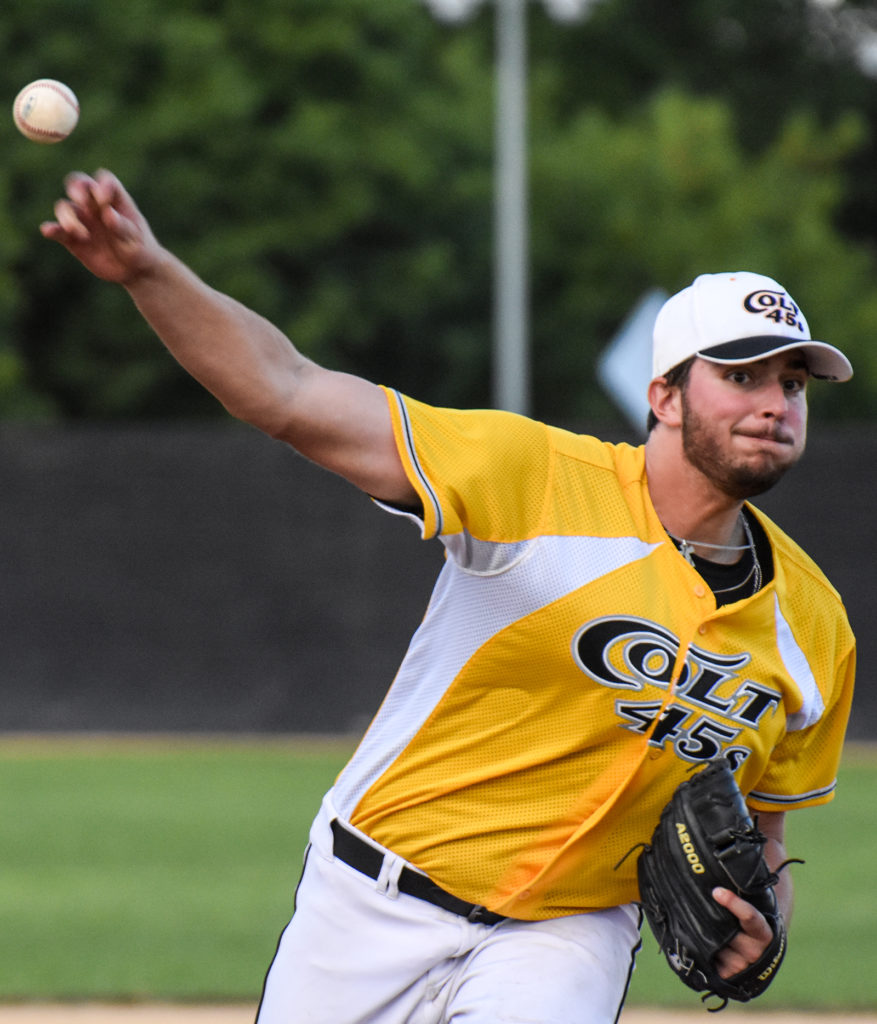 Eamon Velarde gave the Colt 45s exactly what they needed on the mound and then some, going a season-high eight innings as Redding downed the visiting West Coast Kings 12-3 on a warm Sunday night at Tiger Park. The Colt 45s bounced back from a Saturday loss to the team from the Bay Area, scraping out 13 runs on just six hits to back Velarde’s (1-0) first official start of the summer collegiate campaign.

The right hander was primarily a closer for Feather River College this season but looked every bit the starter in this outing, giving up two runs in the first before blanking the Kings from there. Velarde scattered seven hits and one walk, striking out ten and allowing two runs, one earned.

Typical of the Colt 45s efficiency at the plate was the night of Eric Carlson, who knocked in four runs on a sacrifice fly, fielders choice and his first hit of the summer, a two run single. Brendan Roop went 1-2 with two runs scored and two RBI, and Chris Brue was 1-3 with four RBI. Right fielder Andy Beyene extended his hitting streak to four games, going 1-3 with three RBI.

The Colt 45s entertain the rival Humboldt Crabs Wednesday and Thursday nights at Tiger Field in Redding at 7:15 p.m. both nights. The Colt 45s close out the week’s schedule with two games against Chico and another against the Redding Ringtails.

Trailing 2-0, the Colt 45s (5-2) got to the Kings (1-1) bullpen scoring one in the third, four in both the fourth and fifth innings and capping the home team’s offense with three more in the sixth. The Colt 45s went 3-1 in the weekend’s games, outscoring the opposition 40-10 in those three wins.

The boxscore and detailed recap are available on our website here.